“I was once told my daughter would be a queen.
The man who said it had tears in his eyes as he kissed my fevered face. He stared at me as though he would burn the memory of me into his soul.
Goddess, he called me.
It was those words, and the look of loss in his eyes, which would eventually allow me to forgive him all that followed – which would allow me to forgive him for dying.
I think, when our small company parted ways, he lost so much more than I – though I can admit now that my life was never the same without him in it.”

D: My story?  I’m pretty sure that’s Maureen speaking, my dear A.

A: Oh yes – you, Druid. You put – you continue to put – that poor dear through the ringer.

D: That poor dear, who would have brought down the British Empire with her bare hands? I’m fairly certain she can handle herself.

A: *No longer containing the ridiculous smile that accompanied D’s Return(TM)* That she can. So, what do you think?

D: I told you what I think – that’s a rather melancholy way to start!

A: Well sure, but it’s’ the third – and final – foray into your world. That is a little melancholy, even if it is wonderful and ridiculously exciting!

D: I saw you publish a “World of the Changelings” short earlier this year, A – don’t think you’re going to get rid of me that quickly.

A: *rolls eyes* heaven forbid. I’m not hoping to get rid of you – did you not see that grin when you showed up?? You’ve been a bit MIA, Druid.

D: I have not – I have simply been biding my time. A druid is never late, nor is he early, he arrives precisely when he means to.

A: You just stole that from Tolkien.

D: I think you will find, given our respective timelines, that Tolkien stole it from me.

Well, there you have it – Book 3, tentatively titled The Memory of Myth is underway. As I remarked to friends today – as a way to explain my sleep-deprived self – this is the

first time in about 4 years that I’ve written anything from whole cloth. Once upon a time, this book was slated to be the second in the series, and a stand-alone tale of Catherine McAndrew.

The threads of Niamh’s tapestry dictated, however, that it become the final story. The 120,000-word behemoth I wrote at this same yellow trunk 16 years ago while my then-baby boy slept is to be pared down and incorporated into a Möbius strip of timelines and stories that will bid farewell to the O’Malley, McAndrew, and McAlister clans, who have kept me company these last 25 years.

I hope you’ll join me (and D – who is indeed with me again!) – it’s been an interesting road, made even better by the people I get to share it with. I’ll share daily/weekly lines here and on Facebook, and as always, pictures of my world and writing buddies (otherwise known as my cats) on Instagram.

Welcome to the World of the Changelings. Pick your Poison: 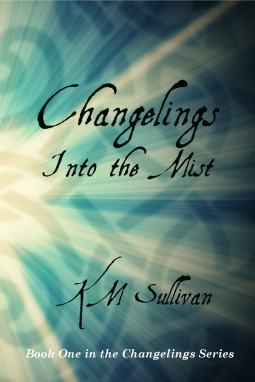